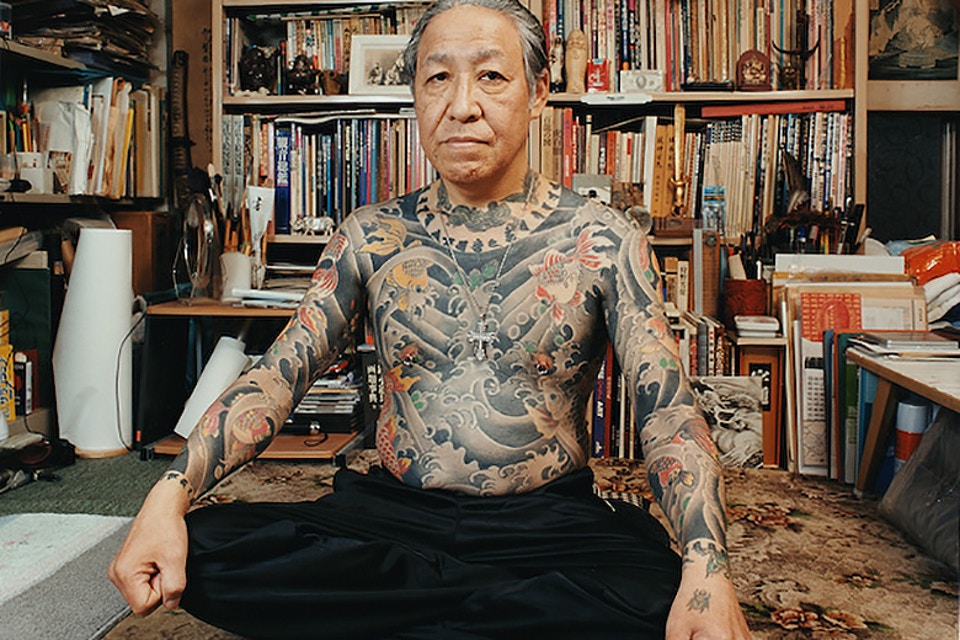 Tebori is the Japanese term for hand tattooing.

Japanese tattoos have something special, beyond retaining a strong connection between the folk art of oriental culture and the close relationship with the history of tattooing in general, the designs of Japanese tattoos have a very recognizable style, and although it has been evolving with the years, it remains immutable in essence.

Before going into details, let’s clarify the difference between 2 Japanese terms:

– OUKOSHISEI 櫻 虎 至誠: It refers to the Japanese tattoo as an artistic expression, where its greatness and beauty are shown.

– IREZUMI 入 れ 墨: Literally means “to put the ink”, that is, the act of tattooing.

Actually, we do not want to dive too much talking about the origin of the Japanese tattoo, because it would require much more time, perhaps later we will talk in depth on the subject. But it would not hurt a brief introduction to understand how the Japanese technique of tattoo, known as Tebori. The origins of the act of tattooing for decorative or spiritual purposes in Japan may go back to the Paleolithic period. Later the tattoos began to have a negative connotation. But it will be during the Edo period (1603 – 1868) for many considered as the golden age of Irezumi, where the Japanese tattoo is transformed into an ancestral art that has evolved over the centuries. Going through different periods where they have been appreciated as much as an ancestral and cultural art, as denigrated and denigrated to the point of being used to mark or point out criminals or mafia (Yakuza) such and how has the tattoo been understood in Japan in the recent years, today we begin to appreciate a small opening. After a long time in hiding among Japanese society, the art of Japanese tattooing came back to light in the form of expert tattoo books and exhibitions in the 1970s. In the 1980s a growing number of young Japanese began to feel an interest in tattoos as they watched the members of their favorite rock bands in the United States take them. Since then this interest has been increasing, and more and more people, nowadays, opt for the traditional designs of Japanese Irezumi.

But what is the Tebori really?

The Tebori is a traditional Japanese technique for tattooing. Tebori means “tattoo by hand”, since the procedure is completely manual, using only needles and inks, without the intervention of any machine. It consists of pricking while pressing with the other hand on the skin. When the needles leave the skin, because it is so soft and elastic, they produce a characteristic sound known as “shakki”.

Maybe the word carve, it might seem a bit aggressive. However, it is the same verb used to describe the woodcarving done by the craftsmen, who carved the wooden blocks used to produce Ukiyo-e prints. As ‘Horishi’ (彫 師) which is the term used for both carvers and tattoo artists. Ukiyo-e was an incredibly popular form of print art during the Edo period and later influenced the development of the traditional Japanese tattoo style, both historical and contemporary. From Leaf Pro, we are proud to show you a little more in depth this millenary technique, which we ourselves have been lucky enough to experience.

Many of the artisans who worked carving wood to make prints and prints, applied their talent to develop a technique that has lasted over time. The knowledge required by this traditional technique, passed from teachers to apprentices for years, not only had to learn to tattoo, the traditional Japanese technique of tattooing has its peculiarities both in the design of the tattoo, in the story that narrates (usually referring to to some popular epic or mythological feat) or in the mixing and composition of the inks.

The application of Tebori is usually done with steel needles firmly attached to the end of a long rod of metal or wood, from which the tattooer holds them in a very particular way. The axis of the rod rests on the thumb of the hand, extending the skin to tattoo it. This provides a stable point through which the artist will apply downward force on the skin. The needles are immersed in ink before being applied to the skin. It is important to keep in mind that most tebori artists make the outline of the tattoo with an electric machine (coil or rotary) and reserve the use of Tebori to fill, color and shade. There are a variety of tebori styles specific to different regions of Japan. They vary slightly in their method: some use more leverage while others may use a drag or push movement. The type of Tebori method that an artist uses will depend to a large extent on the teacher under which he or she learned.

The tattoo with Tebori traces its history to the period before the arrival of the tattoo machines. Which, today is the most frequent form of tattooing by current tattoo artists, whether Japanese or not. Hand-tattooing requires, therefore, a great experience and practice before it can be handled with confidence by the artist. With each successive generation of artists, it is increasingly difficult to find tattoo artists who perform traditional Japanese tattoos with Tebori.

The procedure of the Tebori is similar to that performed by a tattoo machine, only it is totally manual, there is no mechanical procedure for tattooing. However, Tebori professional tattooists say that this technique destroys less tissue than the electric tattoo machine, so tattoos heal faster. And in Leaf Pro Tattoo Balm we can assure you that it is 100% true, also with our formula enriched with CBD which provides immediate benefits, both for tattoos with tebori and traditional (machine), you can see how there is virtually no difference in the process of cicatrization.

From the sanitary point of view, the Tebori is as safe as the electric machine tattoo, if you have the necessary care, how to use sterile materials, gloves, stencils, etc.

The only disadvantage of the Tebori with respect to the electric machine is  being a completely manual procedure, it usually takes more time. In turn Tebori tattoos are usually larger than conventional tattoos, so they can take more than one session.

Handmade tattoos (sometimes called stick and poke in the West, which is not an appropriate description in this context) take a considerable amount of time, often up to twice as long as with the machine alone. Tebori artists apply traditional methods to faithfully create Japanese-style ink, but these tattoo artists are not only reproducing the past. They do not want to copy what has already been done. Artists of any medium always seek to be creative. And every artist who uses tebori expresses his own unique style, forging his own path.

One of the greatest living masters of the Tebori tattoo is Horiyoshi III, about whom a very interesting documentary was made that bears the same name and which can be found by investigating a bit on the web.