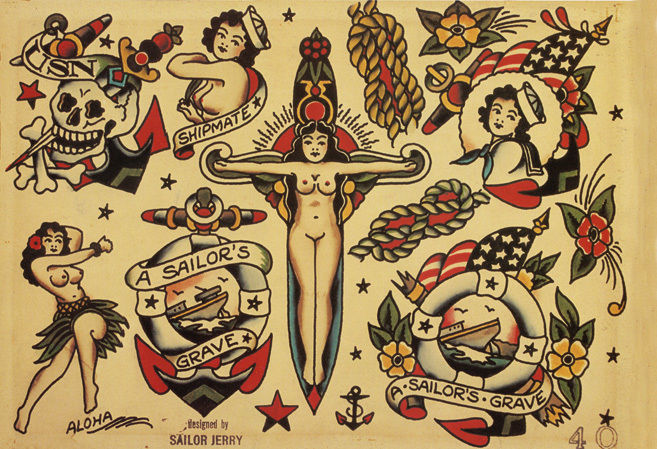 In our eagerness to try to share and in some way to spread our fascination for the tattoo, we think it necessary to stop to talk about the Traditional American Tattoo, better known as Old School. Although to situate ourselves a bit, we will also contextualize the subject a bit, talking about its origins and its subsequent evolution to the present day.

The tattoo had been introduced to the West through the English expeditioners led by Captain Cook, in his trips to Tahiti in 1771, Joseph Banks, a scientist with great interest in art, who sailed with Captain Cook, described in 1769 the tattoo process of Polynesia.  Cook´s sailors were fascinated, they began the tradition  and quickly spread this love among sailors, who learned the art and practiced it on board, elaborating and acquiring pieces related to unity, struggle, nostalgia or the number of murders committed.

This is how the traditional tattoo or Old school is born. Being one of the most famous styles in the history of tattooing, was born around 1900, on the coasts of the United States, before the need of sailors to have something unique and personal in the crowd or the lack of a loved one. This style emerged in the ” underworld ”, when people  believed that tattoos were a matter of Indians, murderers or thieves; came this proposal to mark sailors in the ports (at the same time some aristocrats carried the memory of their adventure from some remote part of the world, being with the same tattoos that they criticized so much). The name he received at that time was “American  Traditional Tattoo”.

This style comes to be the grandfather of the modern tattoo and is called “Old School” because they modified the laws of the process and social acceptance in order to know it as we do today. In the midst of circuses and ports, from Japan to Hawaii, from mafias to artists, prostitutes and sailors, this style was born, who wanted to tell their stories through themes such as: death, sex, work, women, animals, the remoteness of the home, among others. The American Traditional  Tattoo, therefore, introduced and influenced by the sailors ended up acquiring much more patriotic motives, especially during the II World War, but before reaching that initial boom, the tattoo would go from being an amateur practice (for all those who they appreciated that new extravagant form of artistic expression) to the professionalization of it.

It is worth noting that the American style was not only present in the United States, with the constant trips of sailors and artists themselves, the style expanded to Britain, Germany, Holland, Hawaii among others. Historically the first club of tattooed was created in England and those tattoos were those that first took the name of Old School.

In this way, one of the first artists to professionalize the tattoo was Martin Hildebrandtr, who opened his own “tattoo shop” in 1846 in New York, although at that time using very rudimentary technique, very far from what we know today.

This entrepreneurial trend was followed by Samuel F. O’Reilly, doing the same in 1875 also in New York. There, unlike Hildebrandtr, he started using the first electric machines, which was a brutal breakthrough. Less pain, greater speed and the ink going in better under the skin; the true revolution of the tattoo of the time. Later it would be the own O’Reilly, one of the first in introducing the figure of apprentice. He had Ed Smith and Charlie Wagner as apprentices under the premises “clean, observe and paint”.

The end of the XIX century and the course of the XX, will be key for the development of the traditional American tattoo, reaching one of its most splendid phases since its recent appearance.

This period would be essential, thanks to a multitude of tattoo artists who left a great legacy that contributed to the growth and consolidation of the style. 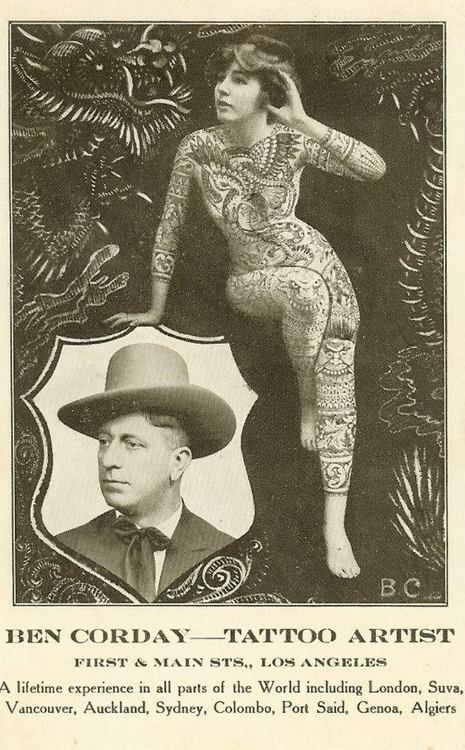 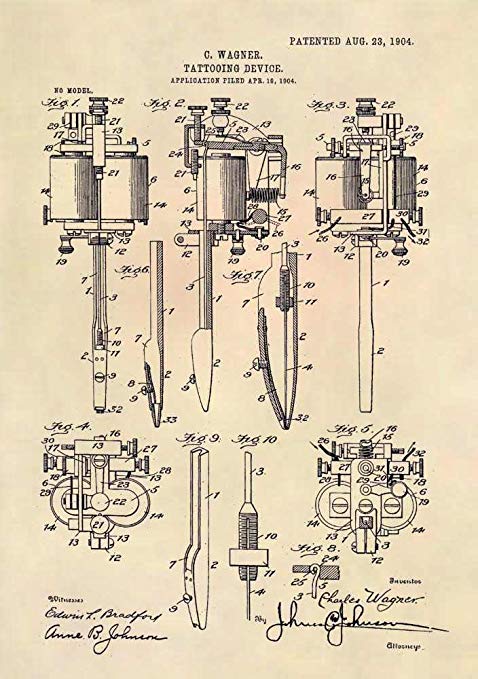 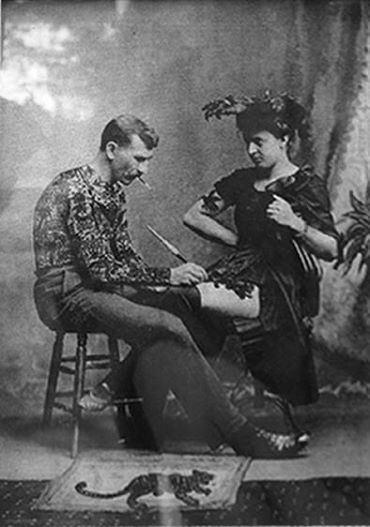 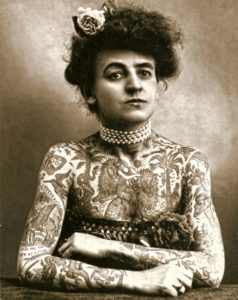 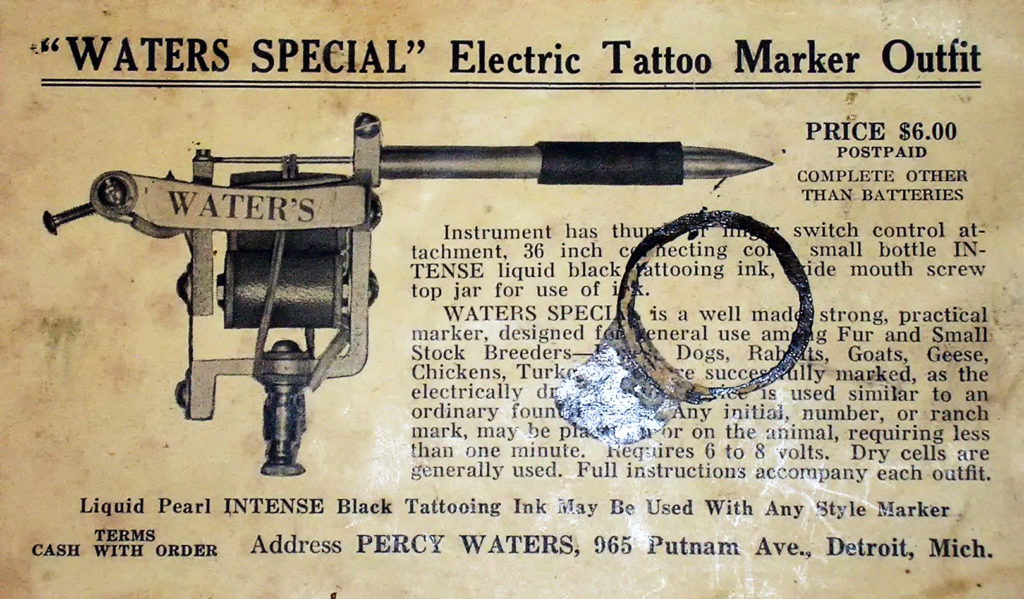 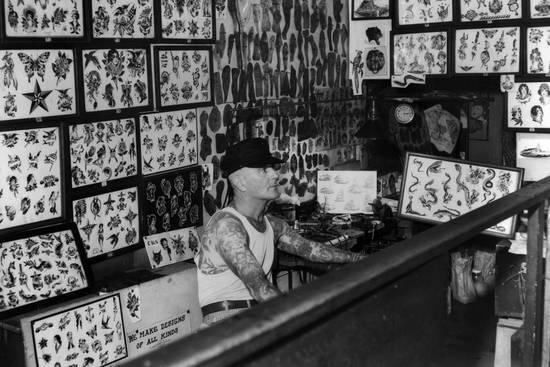 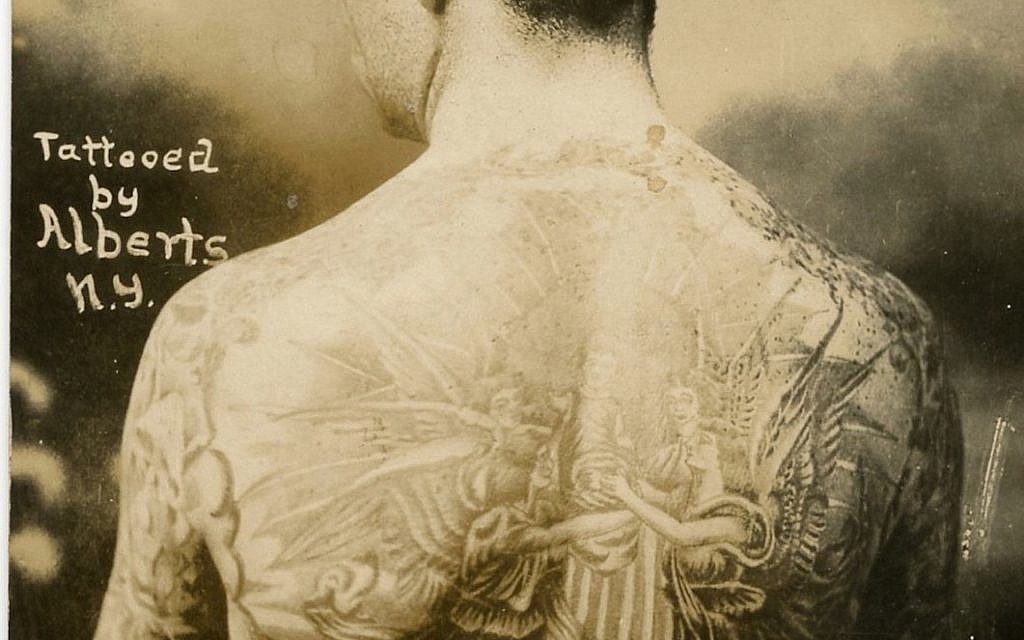 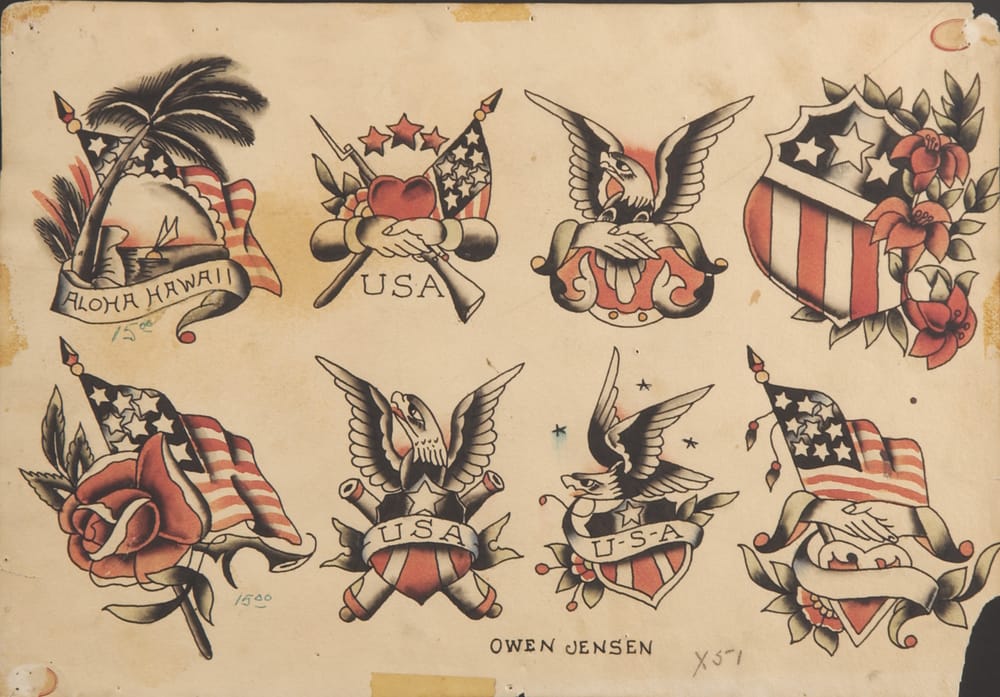 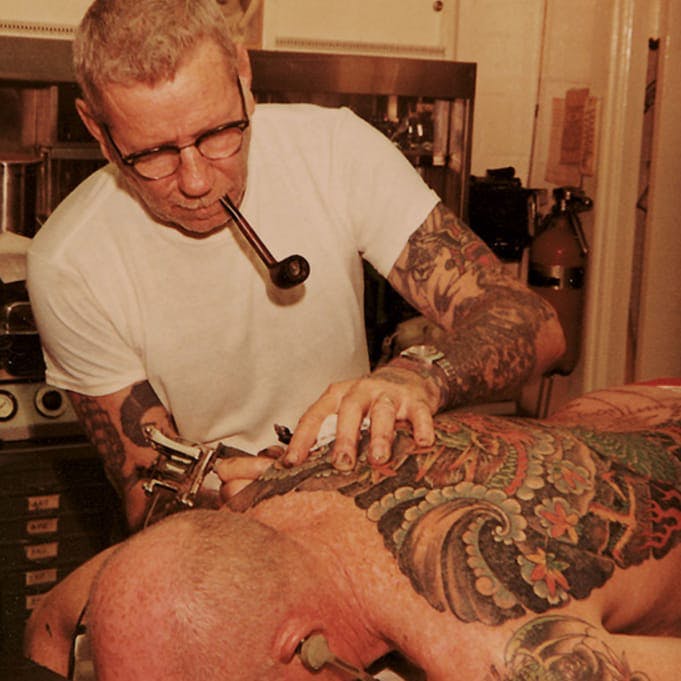 In addition to the contribution of these and many other artists, the II World War marked an important turning point in the consolidation and evolution of the traditional style. Young Americans were sent to a war from which many did not return.

In this context, the soldiers and sailors, increasingly tattooed, did not lose a second to think about what they would say, so in their few leisure times they took advantage of to get a tattoo. Love, nostalgia, vice, patriotism or struggle were some of the most recurrent themes. Honolulu, and Pearl Harbor in particular, was a destination of solera for which many soldiers passed, leaving with a piece for their collection was almost mandatory.

In the 50s and 60s the traditional tattoo remained linked to people who did not want to go through the hoop of society. He also became increasingly associated with convicts; that’s why tattooing was not very well seen. Also, he was very close to the bikers who considered the tattoo as a distinctive engraved on fire, something for life.

The truth is that from the 60s the tattoo progressed thanks to artists like Cliff Raven or Jamie Summer, among many others. The repertoire of designs grows hand in hand with increasingly younger artists. So that later, in the 70s and 80s, when the punk movement was a trend, under his cut cowboy jackets began to see classic pieces that served to reinforce his image.

The traditional tattoo is characterized by some basic details: thick lines, firm and without modulation. With solid primary colors, reds, yellows, greens, blues and a lot of black. Simple designs or great abstraction that within them have an absolute complexity, the composition is balanced and detailed but not excessive, there are no realistic details as it always responds to the basic rules of light and shadow.

Many masters of the American tattoo emerged, as we already spoke some lines above. But it is indisputable that Norman Collins (Sailor Jerry), was a pioneer in the tattoo culture in the West. As tattoos became more popular among Allied military servicemen during World War II, Sailor Jerry found himself opening a tattoo shop in Honolulu (Hawaii), a prominent stage in the history of tattooing.

At present, the “American-tattoo”, also known as Old-School, remains intact with its solidity, cleanliness and all its essence. The biggest change is the brutal technological advance. The “tattoo suppliers” improve their performance: better inks, lighting, furniture and infinity of resources. Even from Leaf Pro, doing the same, trying to contribute a bit to the current tattoo scene.

The interaction and the imitation, sometimes excessive, between artists continues to exist but the great advance that social networks have involved in the promotion of artists and the acceptance of the tattoo in society play a key role in this growth.

As time has passed, different tattoo styles have developed in the West, and many of them have evolved. Nowadays, almost anywhere in the world you can find a tattoo studio, and with high probability with a good tattoo artist that fattens your collection. What used to be a culture represented mainly by tattoos of pin-up girls, anchors and knives, has expanded, giving way to the added value of elegance and the pieces worked. Some artists prefer the style where line and drawing are highlighted, others give value to geometric patterns, others, however, cover large areas of skin with solid black. What is certain is that today a new counterculture has been created, which becomes more popular every day, where tattooing has become not just a preponderant accessory, it is a way of life.